Should Your Menstrual Cycle Be In Sync With The Moon? 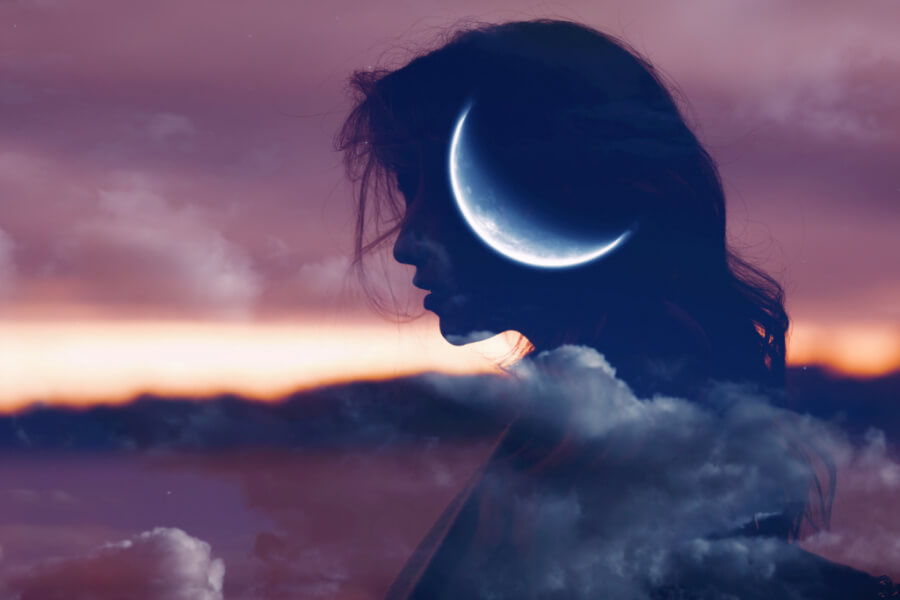 I’m a big fan of the moon, being an amateur astronomer, it is one of my favourite sights, and my neighbours see me regularly hiking up the hill with my binoculars in one hand and a red light torch and lunar map in the other.

One of the big questions I get asked a lot is whether your period should be synced up with the moon, along with how to sync your cycle to the moon.

I have no problem with people finding spirituality in their period or the moon or feeling connected with nature.  Actually, I totally get it, I feel a sense of awe that can feel like a deep spiritual experience just looking at the sky and thinking of how the moon and sun affect seasons and literally our lives.  However, I get clients who come to me upset or feeling that there is something wrong with them or even embarrassed that their period isn’t syncing with the moon, and this is something I would like to address in this post.

So, if you are one of those people who is synced up and happy with that, that is great, this article isn’t for you.  But for those of you who feel that you should be, or are just curious, then read on.

Where Does The Idea Of Periods Syncing With The Moon Come From?

When researching this, I came up with lots of articles saying many ancient cultures around the world have the menstrual cycle and moon cycles intertwined, but no actual evidence of this.  It makes sense that both begin approximately the same length, that a correlation would be made.

Tangentially, it also makes sense to me that agriculture, which was a key mile stone in earlier civilisations, depended on knowing the seasons and how long between each season and the moon cycle is a pretty good way of counting.  The fact that it kind of lasts the same amount of time as a menstrual cycle and the menstrual cycle is connected with fertility (whether our ancestors knew that or not I don’t know), I think it is a reasonable correlation to make, and I can see why neopagans believe that there would be spiritual practices involved.

Anecdotally, I have had friends who have lived in or volunteered in areas without electricity who swear their cycles synced with the moon for the entire time they were there, which lends some credence to the idea that our cycles may have been in sync with the moon prior to industrialisation, but I am sure that if this was the case uniformly, there would be studies on non industrialised peoples or some literature referencing it.

That being said, women’s health is generally under researched and women (and non male genders) were often left out of studies until relatively recently, so I’m not surprised that at the moment no one has researched it.  So, the jury is out on that one for now, for me at least.

But I do love the idea link between the two, and it would be pretty cool if there was a proven link in non industrialised cultures.

I will make a note here too, that often when you hear me describe the menstrual cycle phases, I use many different analogies to help people understand the difference in “flavours” between the phases. One of the analogies I use is moon phases, but I do also use day phases and seasons too. This isn’t because I believe the menstrual cycle needs to be synced to the moon, the day or the seasons. It is just a useful metaphor to help people understand that the distinct cycle phases produce very different internal feelings.

Is It Possible For A Period To Synchronise With The Moon?

The short answer is yes, but for a small number of people.  I don’t know if you have ever been sat in a car in traffic and you see two cars infant with their indicators seemingly in sync but eventually will move out of sync.

In my experience, of reviewing hundreds of client charts, many with moon phases added in, both cycles are doing their own thing, and after a while, they may sync up, and then after a while move out of sync, a pattern repeating over the life span.

When you think about it, a full lunar cycle is 29.5 earth days.  However, a “healthy” menstrual cycle is anywhere from 26-35 days, and some people don’t have cycles for months and others are pretty much on a non stop period, with many variants in between. However, there is an interesting study showing that the mean average cycle length is 29.3 days.

Even those with 29 day cycles, and a period lasting 3-7 days, full moon and new moon are technically only one day long, so whilst you may cross over one of those nights, unless it is bang on the new moon or full moon, it is likely to get out of phase over time.

I looked for research and actually the website of one of my favourite period and cycle tracking apps, Clue, have done a deep dive on the literature and analysis of their users data and found that very few people are actually in sync with the moon.

To be clear, that doesn’t mean that you are not having a period on the full moon or new moon, just that it is not happening every cycle you have for a long period of time, eventually you will de-sync.  That doesn’t make it any less special if it feels special for you, you could even argue it makes it more special as it’s more rare.

But Doesn’t The Gravitational Effect of The Moon Affect Our Bodies As We Are Mostly Water?

I hear this a lot, however gravity is a two way process, the effect of the moon on the fluids on earth, and the effect of the mass on earth upon the moon. The water within our own bodies doesn’t have enough mass and is enclosed by our solid skin in order for us not to be affected by the moon as much as say for example the gravitational force of our heads against our pillows at night.

Also, whilst the moon goes through different phases, and yes it’s orbit is very slightly elliptical, we go past the moon at a materially close enough distance once a day. We don’t have a one day cycle.

Equally if we look at the fact that the moon affects the tides, we have two high tides and two low tides every approximately 25 hours. We don’t have cycles twice a day. I can’t even imagine getting PMs or bleeding every 6-7 hours.

Now this is a really interesting area that I think warrants more studies. During the full moon we have more sunlight and anecdotally, many people report sleep disturbances and there is some acknowledgement here from the medical community that this is a possibility.

From my own experience (in various ambulance services), I can tell you that nights where we had way more than our fair share of unusual behaviour cases and I remember we would look up and joke “oh yes, it’s a full moon”. However, I do accept there could be some confirmation bias and I may have blocked out the times where we had lots of bizarre behaviour and looked up to discover no full moon.

One thing we do know is that exposure to light affects sleep, and we know that sleep affects our hormones from Lutenising Hormone(LH), an essential part of the menstrual cycle, has pulses that occur in our sleep, and makes insulin resistance worse, which we know issues with the menstrual cycle.

At the moment, it is a logical leap, but it would be great if someone could perform a study on sleep and the menstrual cycle.

What About Blood Moons?

This is another question that appears in my inbox a lot. There are many questions around how does a blood moon affect the menstrual cycle or how is it linked? From a scientific perspective, it isn’t.

The phenomenon of a red moon, blood moon or lunar eclipse is very interesting. I am sure everyone has seen a picture of a prism splitting optical light into a rainbow.

The super cool thing is that the earth’s atmosphere does the same. The blue end is “bent” the most and as such bends closest to the earth. The next layer out is green, followed by yellow, then orange then red.

When there is a lunary eclipse, this is when the moon passes exactly into that red layer and appears red. Whilst red is the colour of blood, it doesn’t mean that there is any link with out blood literally on a a physiological level.

However, if you have any spiritual beliefs of practices around this, I have no issues with that.

Should You Try & Sync Your Cycles With The Moon?

This depends.  If you have a regular menstrual cycle that is roughly the same length each month, and is between 26 and 35 days long, then trying to sync your cycle with the moon can end up causing your more issues.

It is thought that light can disrupt our circadian rhythms and the reason the full moon can cause sleeplessness and therefore funny behaviour sometimes is because of the extra light at night.

There is also Lunaception by Louise Lacey which has some research that it can help to regulate cycles (although different people will dispute the strength of that evidence), that you can use light at night to regulate your cycle.

Let’s assume that this is true, a lack of sleep or less sleep can cause issues with your hormones, especially insulin, leptin and ghrelin which can impact your menstrual cycle, especially if you have insulin related conditions such as PCOS.

I personally wouldn’t want to disrupt something that is fairly regular for something less regular as our menstrual cycle is vital for so many health functions.

However, if you are not having regular periods, maybe you have long gaps in between your periods, have been unwell are post partum, on the pill or other hormonal medication or are not bleeding for a number of reasons, or maybe you no longer have cycles and want to feel in touch with the moon, then syncing with the moon might be beneficial for you, even if it is more on an emotional or spiritual level.

Just keep an eye on your hormones and various health signs such as how much sleep you are getting, blood sugar levels if yours aren’t stable and other signs of hormonal disharmony such as PMS, mood changes and when you do get a period, whether it is a better or worse experience than usual in terms of pain, length etc.  You can check out the signs to watch for here or take the period quiz.

Ways To Sync Your Cycle To The Moon

If you are interested in syncing your cycle to the moon, then the Lunaception protocol involves, getting black out curtains, or at the very least a sleep mask and getting your room as black as possible.  Then around the full moon (and the night before and after), have a rosey nightlight on.

If you want to experience this, and have regular periods that you don’t want to mess up, then do this when you are ovulating (if you are tracking your cycle, when you are hitting your cervical fluid peak, whatever that looks like for you).

This could even be layered up with seed cycling and menstrual cycle awareness practices that can help enriched that experience further. If you are interested in the spiritual and energetic aspects of working with the moon, you can look into Moonology and Jennifer Racciopi. 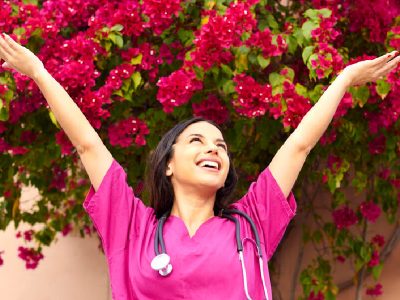 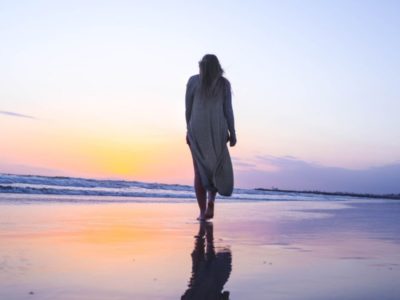 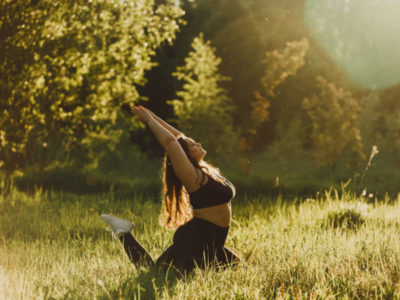 What Is Menstrual Cycle Awareness?

Pesticides & Periods? Should You Go Organic For Your Periods & Fertility Issues?