How To Tell If You’re Pregnant 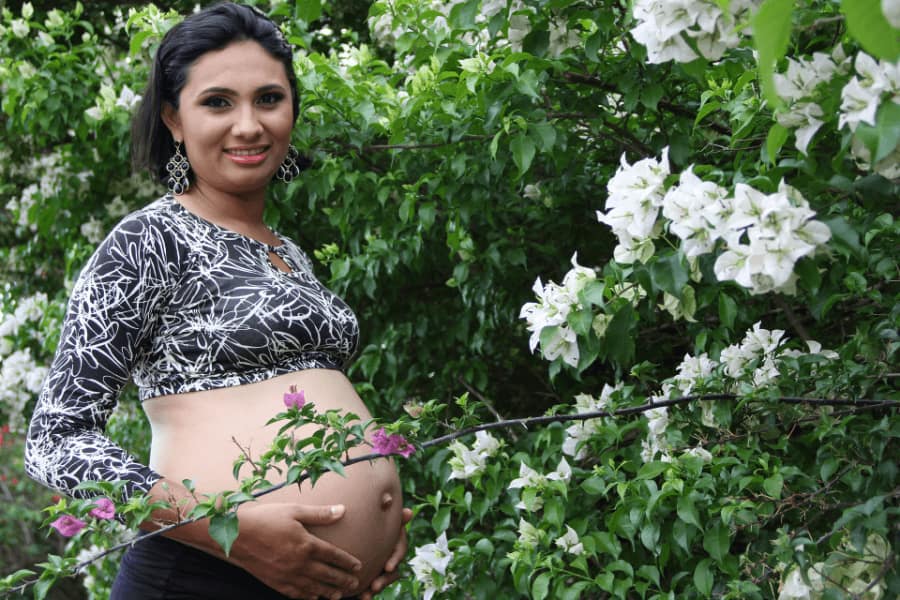 Nearly every post I write about cycle charting, whether on this site or guest blogging, I regularly get people asking me in the comments “Am I pregnant?” and “Can you tell without taking a pregnancy test?” I even get many other women’s health practitioners asking me this too.

There are a whole host of classic signs of earlier pregnancy many of them could be a sign of other things.  Let’s take a look at these common symptoms:

You may recognise many of these as signs of PMS and period symptoms that many women experience.  As you can see there are many reasons you could be getting these symptoms as well as the possibility of pregnancy, so just by having these signs, you can’t tell if you pregnant or not.

By the way ladies, if you are experiencing any pain or PMS around that time of the month, it may be common but it isn’t normal and there is plenty we can do about it.  So get in touch if that’s you!

Is It Pregnancy Or A Late Period?

Late periods can be caused by many things, especially if you have a hormonal imbalance or experience stress in the earlier half of your cycle, ovulation will be delayed.  If ovulation is delayed, then when it does finally happen you will still have another two week luteal phase before your period arrives.  I explore some of these reasons in this post: where did my period go? and also this post about stress and periods.

So unless you tracked your ovulation, a late period may early pregnancy or a late period.  This is one of the benefits of charting or tracking your cycle.

The Frog Test For Pregnancy

Pregnancy tests in the early 20th century were actually pretty gruesome.  The urine of the woman being tested for pregnancy was injected into mice (and later rabbits) who were later dissected.  If they were found to have ovulated, then the woman was pregnant.

This later moved onto the slightly more humane method of frogs who would produce eggs within 24 hours if the woman was pregnant and were unharmed and could be re-used.  This test was named the Bufo test after the original toad species used.

I don’t know about you, but I am so glad for technological advances that cut out the middle man/amphibian in this case!

I often see references to a tribe in Africa that wear delicate but tight necklaces around their neck, particularly around the thyroid gland.  Our thyroid glands are butterfly shaped glands in the neck with the right side usually being slightly bigger than the left.

During pregnancy, the gland in many women often swells a bit further.  It is said that in these tribes, the women, when partnered are given a necklace to wear which will burst when the thyroid enlarges as an indication of pregnancy.

Although, if someone has a goitre developing, this wouldn’t be an accurate test and those of us with access to other tests will be able to determine pregnancy much earlier on.  So whilst this might be quite a nice idea with pretty jewellery, there are more efficient ways to tell if you are pregnant.

Note, I found out about this practice in the book, The Hormone Cure, but the weblinks it referenced are no longer there, if you know which tribe it is or more about this custom, please do let me know.

So whilst we can see a vague trend, I can also say from experience that I have many clients who are not sexually active get this pattern appear in their charts when there are no possibilities of them being pregnant.  So again this is not a sure fire way to tell if you are pregnant.

If you chart your basal body temperature (BBT), follow the rules, and you notice a luteal phase of 18 days  (or if your luteal phase is longer than 14 days, then add another 4 days or temperature rise onto the end of this), then this is a sign of a continued progesterone rise.

Whilst there is a very rare chance that you could have a luteal cyst (a benign cyst that does require medical treatment), pregnancy is by far the more likely outcome here.  This is a great natural way to work out if you are pregnant, but you do need to be charting your cycles regularly and consistently to understand your pattern as well as charting the cycle you think you may be pregnant.

I have to tell you, so many of my clients who learnt to chart their cycles using the Sympto-Thermal Method of Natural Family Planning (or Fertility Awareness), have said it is so satisfactory and fulfilling to get to know your body that well and nothing beats looking at your chart knowing you can tell whether or not you are pregnant.

There is a circumstance, in which you can get a thermal shift but are not pregnant, which is a luteal cyst, if this is possible, you need to get it checked out as it can cause issues with your fallopian tube.

This test measures the level of HCG hormone that an egg produces.  In a non pregnant cycle, the egg produces HCG for around 2 weeks until it has degraded so much the signal dies off and menstruation begins.  If you are pregnant, the HGC level rises until it becomes measurable in the urine.

There are so many urine tests out there at the moment including some that claim to give an answer within days of a missed period.  However, they are expensive, but your doctor’s surgery will often have tests there so you can book an appointment with a doctor or nurse and find out pretty soon.

Here are some tips for best results:

1.  It is best to take a sample in your first urination of the day because the urine is less watered down and the hormone will be more concentrated and easier to pick up.  Some of the more sophisticated tests claim not to need this but it is still best practice to avoid spending money retesting.

2.  Some women find it hard to aim on a stick, and let’s be honest, most of us would find that difficult.  Instead use a disposable beaker or collection cup to pee into and then just place the stick in the cup until it has absorbed enough urine for a reading.  This is so much easier and far less messy.

3.  Never re-use a test, you cannot guarantee an accurate result.

4.  Read the instructions thoroughly on the test box before you do the test, to ensure you are using the product correctly.  Whilst most of them work in similar ways, there can be a lot of emotional investment and frustration only to find out you didn’t use it correctly and will have to get another one.

5.  Never take an expired test, this is a common reason for false positives.

6.  Another reason for false positives are drugs containing the HCG molecule (such as some fertility drugs) and other medications, including: chlorpromazine, phenothiazines and methadone among others.

7.  Read the test soon after taking as lines can appear different after they have had time to evapourate.

Note, it is possible to get a negative result if you are in early pregnancy because the HCG signal isn’t strong enough to be measured yet.

Side note: There are also some internet memes going around about men taking pregnancy tests and having their lives saved. Some testicular tumours produce HCG in men, so if a guy every gets a positive pregnancy test, he needs to see the doctor ASAP, but the test does not act as a reliable test for all testicular tumours, and should not be taken for that reason. If someone thinks that he may have a tumour there, they need to see their doctor, sooner rather than later.

This surprises many women but these can be used for pregnancy tests in some circumstances.  These tests pick up levels of lutenising hormone (LH) which surges just before ovulation in a healthy regular cycle.  LH is very similar in molecular shape to HCG hormone and many OPKs will not be able to tell the difference.  Also, these tests are much stronger than pregnancy tests because LH levels are much lower than HCG hormone.

But before you run out and buy a load of OPKs instead of pregnancy tests, (I know they are often cheaper) there are a few things you need to bear in mind.  Firstly, they are not designed to measure HCG and whilst some of these tests may pick up an early pregnancy, it is not guaranteed as they are not designed or tested for that purpose.

Also, many of these test kits don’t pick up anything anyway.  I can’t tell you the number of women who think they aren’t ovulating but when charting or taking blood tests it turns out they are, but according to their OPK, they aren’t. They are also not as great for indicating up and coming ovulation as cervical fluid.

Additionally, if you have active or symptomatic PCOS, your lutenising hormone levels are high most of the time anyway which renders these tests useless.

In summary, these tests can be used in some circumstances but are not a preferred choice.

HCG levels can be detected in the blood at lower levels than in the urine.  To give you an idea, you need levels of 50 units of HCG in the urine for it to be detectable but only 5 units in blood.  For this reason, this is the most accurate way to determine pregnancy in its earliest stages.

However, for those that don’t like needles or blood, you may wish to wait it out with a urine test.

So there you have it, the top methods of determining whether or not you are pregnant are, temperature charting, urine pregnancy tests and blood tests.   This doesn’t mean you should discount the other signs and symptoms, but use them as a signpost to take the test rather than a positive confirmation.

Yoga During Your Period

Should You Be Seeing Your Doctor Or Your Holistic Health Practitioner For Your Period Problems?

Should You Worry About Spotting?

How Sunscreens Can Affect Your Hormones & What Alternatives You Can Use